Collecting old poker chips for fun can be an easy-on-the-pocket way to pass your time, especially if you are an avid poker game aficionada. The truth of the matter is that, with the so many people collecting casino memorabilia today, particularly poker chips, there has even surfaced a hobby group going by the name the Casino Chip and Gaming Token Collectors Club. This club is affiliated with the American Numismatic Association and any poker lover can sign up for membership.

For as long as poker game itself has been around for decades, so have been the playing chips used in the game. Nevertheless, the majority of poker chip collectors go for the circular discs that have been used for the last one hundred years or so. These collectors mostly concentrate on the Crest and Seal type inlaid gambling chips that were produced by the U.S. Playing Card Co., Cincinnati, Ohio. These chips were manufactured around 1910s’ and the 1940s’, according to Robert Eisenstadt an antique gaming chip authority.

The most collected poker chips are the generic inlaid varieties that have smooth clay made feel. These clay chips have flat rims and litho inlays. They measure around 39mm or around an inch and half across in width just like the today’s standard casino chips. While you can get chips that were made of other materials such as ivory, wood, celluloid and bone, it is clay made variety that are easier to collect as they were mass produced. These old clay chips sell between two dollars to five dollars per chip.

These are among the favorite of poker chip collectors for their durability, value and enhanced beauty. And because they weren’t mass produced like their clay counterparts, they are quite valuable and thus costly to purchase. Even the generic numbered ivory chip types that are liked by many expert poker players are also expensive to acquire and thus don’t get surprised when you are asked to pay $20 or even more. The more rare or intricate work on a chip type, the higher the buying price. As it is, rarity and work intricacy on a type of chip influences its desirability and its cost.

The majority of the rare ivory chips are stained or scrimshawed to show their true design or style. And as it is, ivory chip values are influenced by their condition and the designs on them. The chips with more intricate designs or that have animal designs sell for much more than those with just imprinted numbers or concentric designs on them. Damaged poker chips are less desirable by the said collectors.

Although strong, ivory is prone to cracking or getting chipped particularly if mishandled. To reveal the chipping or cracks, simply hold the chip up to a strong light.

A great number of poker chip collectors prefer collecting rare made chips like those made of mother of pearl, bone, catalin and rare wood materials. Although produced in great numbers, chips made of clay come in hundreds of styles with differing colors, designs and inlays and so are also collectible.

Clay chips have for a long time been used in back of the store poker rooms or as roulette chips in casinos. As they were plentiful, today they rarely sell for more than a few dollars. As it is, the majority of these chips were mass produced for use both in legal and illegal clubs. While some of them were not strictly poker chips, they have been collected by many collectors over the years making their prices to go down. These rarely sell for more than a few dollars. 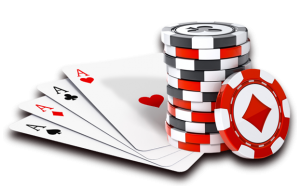